SBIB has an experienced team with a proven track record of successful private equity investments in ASEAN region. The team is based in Brunei and has extensive relationships and detailed knowledge of the investment landscape in the ASEAN region. 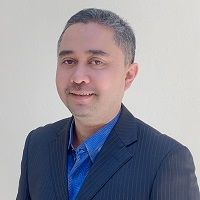 Haniff is an experienced venture capital and private equity fund manager with more than 19 years of experience in fund management activities in Malaysia and ASEAN region. Prior to joining SBI (B) Sdn Bhd, he was the Chief Executive Officer (CEO) of Amanie Capital Sdn Bhd, a Malaysian based venture capital and private equity firm managing Funds of various sectors namely Fintech, Advanced Technology, Education, pharmaceutical and Medical supplies. Haniff had various career exposures with few reputable Fund managers namely Maybank Private Equity and Amanahraya Investment Management. He was the Head of Private Equity and Corporate Finance of AmanahRaya Investment Management and part of the team that manages AmanahRaya assets of more than USD1.50 billion. With Maybank Private Equity, Haniff was part of the team that manages ASEAN fund with the fund size of USD80 million. Apart from Fund Management, Mohd Haniff core competencies also lies in the area of Corporate Finance and Investment Banking where he had established and managed few Islamic Funds ie Islamic Unlisted REIT, Islamic Shipping Fund and Islamic Real Estate Fund with the total funds size of more than USD100 million. Haniff has successfully nurtured and exited few investments throughout his career through various corporate exercises namely Initial Public Offering (IPO), Trade Sale, and Mergers & Acquisitions. Haniff holds a Masters of Business Administration (MBA) in Islamic Banking & Finance from International Islamic University of Malaysia (IIUM) and obtained his Bachelor of Science in Finance from Clarkson University, New York USA. 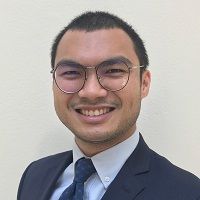 Hariz Shahminan  joined SBIB in June 2014. He provides support to the senior team across a variety of sectors including industrials, healthcare, materials and consumer products. Furthermore, Hariz has significant role in supporting SBIB’s portfolio and investee company, Pandu Logistics. Hariz was previously working with the Embassy of the Republic of Turkey managing daily operations apart from consular affair matters. Prior to that, he had his cadetship in Maritime industry. Hariz holds a BA in Public Policy and Administration, minor in Economics from University Brunei Darussalam. He is a holder of Capital Market Services Representative License granted by  Brunei Darussalam Central Bank (previously known as Autoriti Monetari Brunei Darussalam). 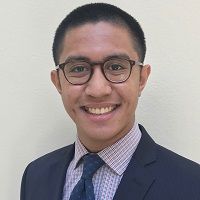 Matin Sufian joined SBIB in February 2016. He provides support to the senior team across a variety of sectors including information technology, communication services, financials and consumer staples. he has identified and evaluated a range of investment opportunities and was closely involved with the due diligence and execution of SBIB's initial investment in Yamako Pacific Pte ltd. Prior to joining SBIB, he had his summer internship program at SBIB and Brunei Investment Agency (BIA) which imparts him with first hand industry experience. Matin  graduated from the University of York with a Bachelor’s degree in Mathematics and Finance. He is a holder of Capital Market Services Representative License granted by  Brunei Darussalam Central Bank (previously known as Autoriti Monetari Brunei Darussalam). 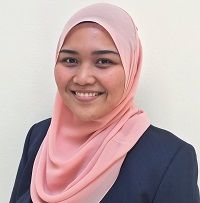 Naqibah Fadzil joined SBIB in February 2016. She  provides support to the senior team across a variety of sectors including healthcare, information technology, consumer discretionary and consumer staples. She has identified and evaluated a range of investment opportunities, and was closely involved with the due diligence and execution of SBIB’s initial investment in MDT Innovation Sdn Bhd. Prior to joining SBIB, she had her internship program at Brunei Investment Agency (BIA) where she gained more exposure in the finance and investment industry. Naqibah graduated from University of Essex with Bachelor of Arts in Accounting. She is a holder of Capital Market Services Representative License granted by  Brunei Darussalam Central Bank (previously known as Autoriti Monetari Brunei Darussalam). 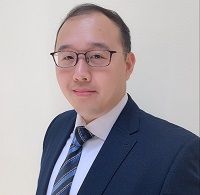 Joseph Lim joined  SBIB in February 2016 from Great Eastern Life Brunei where he held a position as  Finance and Administration Manager. Prior to this, he worked in United Kingdom as an Actuarial Analyst and Hong Kong as an Actuarial Consultant within FIS Insurance team, former SunGard. His responsibilities include financial model development, business unit testing and were involved in multiple overseas client projects in China, Cyprus, Korea and Taiwan. Joseph received a BSc in Actuarial Science with First Class Honors from University of Kent and a MSc in Risk and Stochastic from London School of Economics (LSE). In addition, he obtained a Certificate in Finance and Investment and Diploma in Actuarial Techniques from the Institutes and Faculty of Actuaries (IFoA), United Kingdom. 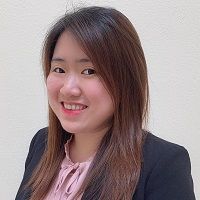 Alice Chaw  joined SBIB in August 2018 and is a member of Association of Chartered Certified Accountants (ACCA) with four years of accounting experience. Previously, she worked as an Audit Assistant in Deloitte & Touché for over a year and an Account Assistant for over two years in the Oil & Gas Industry. She graduated with Bachelors of Arts (BA Hons in Business with Finance in University of Northumbria, United Kingdom (UK) and graduated with Second Class Honors (Upper Division). 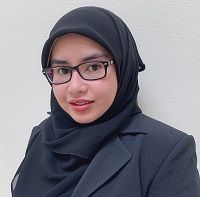 Atiqah Saifuddin  joined SBIB in October 2018 with three years experience in Administration and Human Resources in the Oil and Gas industry where she was also involved in the Corporate Social Responsibility affairs. Prior, she was attached to Total E&P Borneo B.V. as a Cost Control Intern for one and half year. She received a Diploma in Business Accounting and later continued her studies whilst working and graduated in Bachelor of Arts (Hons) in Business Accounting from Lim Kok Wing University, Malaysia.