Yoshihiro has been with the SBI group over 11 years. Prior to relocating to Singapore and joining SBI Ven Capital, he was with the Overseas Business Department in Tokyo headquarter, where he handled global strategic partnership deals and also monitored the group’s strategic investments mainly in Southeast Asia, Russia and Israel. He is a trained legal expert with over 7 years of experience in the SBI group’s Legal & Compliance Department, where he had engaged in wide variety of legal documents and cases ranging from international joint venture agreements to investment contracts. Yoshihiro holds a Bachelor of Laws from the Meiji University. 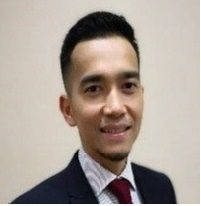 Ahmad Fathi Junaidi currently leads the investment teams in the Strategic Development Capital Fund (SDCF) and sits on the Board of Directors of various companies under SDCF. Ahmad graduated with a Bachelor of Arts (Honours) degree in Accounting and Management in 2003 from the University of Reading, United Kingdom. Ahmad began his service with the Government of Brunei Darussalam in October 2003 as a Finance Officer under the Expenditure Division of the Ministry of Finance. In July 2004, he was assigned to the Brunei Monetary and Currency Board under the Administration and Reserve Investment responsible for the performance of the Board’s overseas investments and the currency operations in the country. In 2007, Ahmad was part of a team to set up the Investment Division of the Ministry of Finance which now administers and manages the Sustainability Fund and its sub funds: the Retirement Fund (RF), the Fiscal Stabilization Reserve Fund (FSRF) and the SDCF. 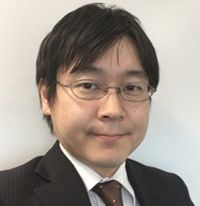 Yujin Otsuka is an Investment Committee Member in several oversea funds of SBI Holdings, Inc. He is also the Deputy Head of CEO’s Office and Overseas Business Administration, SBI Holdings. He has 10 years experience in Venture Capital and Private Equity investment. He also held position as board member at SBI Finansa Private Equity Partners (Thailand) and Sky Heights Management (India). Yujin receives an MBA from SBI Graduate School and Bachelor of Arts in Economics from Waseda University,  Japan.